How to Prevent Injuries in Sports and Recreation

The whole point of recreational activities, whether you’re climbing Mt. Kilimanjaro or gardening in your own backyard, is enjoyment. Since almost anyone who’s ever played a sport can attest, nothing kills the fun quicker than getting injured.

Not all of them. While there are always inherent risks to anything we choose to do and accidents do happen, the truth is that a great number of injuries could be prevented or avoided.

What may look like pure chance to the crowd may make perfect sense once all factors are considered. For example, a man plays basketball with his kids and slips, twisting his knee. However, the man was in his 50s, mostly sedentary, and wearing worn-out shoes. It was raining, the court was slippery, and he’d injured that same knee years before. How random was it?

That’s why fitness experts and researchers agree–the best way to keep yourself healthy, active, and on the move is to be aware of potential dangers and prevent injuries before they happen.

Who gets injured every year?

According to the CDC, Americans over the age of 5 sustain 8.3 million sports and recreation-related injuries every year.

It may appear to the casual observer that most sports injuries arise from accidents–random, unlucky events. But as the authors of this paper point out, the etiology or cause of sports injuries is usually multifactorial–essentially requiring a number of things to go wrong that on their own have no effect, but combined can lead to injury.

Risk factors can include intrinsic or internal factors, such as one’s age or gender, as well as external or environmental factors, such as the presence or absence of protective gear or the state of the weather. It can also be helpful to divide risk factors in terms of whether they’re modifiable (or at least avoidable) or not.

Although the injury itself can be seen as a single, isolated, and generally accidental event, research has shown that many things tend to happen that make the injury more likely to occur. The authors of the paper argue that the combination of internal and external risk factors set up a situation in which the “inciting event” that directly results in injury is more likely to occur.

These are things characteristic of the individual, and can include the following:

It might seem obvious that one’s general physical health and fitness level, taking into account things like strength or flexibility, would play a part in the occurrence of injuries. People with joint hypermobility, for example, have “stretchier” connective tissue rendering their joints “looser” and less stable; such a physical condition gives one a higher risk for injury unless precautions are taken.

According to the CDC, kids and young adults age 5-24 account for the majority of sports injuries. However, these data don’t take into account the fact that participation in sports and activities also declines with age; although the total number of injuries is lower for adults over 45, studies have shown that the risk of injury increases with age.

Thanks to differences in biomechanics, joint stability, bone density, and more, female athletes are slightly more prone to injury.

External risk factors are grouped under the following categories:

While a combination of some or many of these factors could make injury inevitable for some, even these factors may not always be enough to cause injury–the inciting event itself matters, too. The authors give examples of isolated events that lead to an obvious injury such as a certain joint motion (e.g., a twisted ankle) or the playing situation that preceded it (e.g. a jump shot).

However, not all injuries occur all at once. An athlete’s training program may be inappropriate, or their match schedule too rigorous; either situation could lead to less-obvious damage that results in chronic injuries.

Many kinds of sports injuries are immediate and obvious–the audible “pop” that follows a misstep and a twisted ankle; the blazing pain of a bone; these kinds of things clearly signal an acute injury. These usually occur after an isolated incident such as a fall or collision, and depending on the severity and treatment, tend to heal.

Chronic injuries, however, can develop over time, sometimes with little to no indication. In contrast to acute injuries, chronic injuries, also called overuse injuries, generally begin as minor discomfort that (without proper attention or treatment) gradually worsens.

These kinds of injuries are generally the result of bad form or bad mechanics and/or overuse. Chronic injuries, also called overuse injuries, can also occur when “minor” aches and pains are ignored or when one tries to “push through” some kind of pain. Without some combination of rest, treatment, therapy, or protective/supportive gear, minor pains can develop into permanent issues.

Runner’s knee, which causes burning pain around the kneecap that can easily sideline a runner, is one of the most commonly diagnosed chronic injuries. Some other examples include:

Tips for how to stay in the game

Be honest with yourself

Remember that injuries don’t happen all on their own–many times, an injury could be prevented or avoided if one pays attention to and compensates for inherent risk factors. Our egos or even just anticipation can cause us to jump in when we haven’t had enough training, or overlook minor pains that need attention.

Be ready to play.

Whether you’re cycling, playing pick-up basketball, rock climbing, or golfing, it starts with being physically ready to play your sport.

Of course, this is easier for some activities than others. If you’re ready to try out for American Gladiator, hopefully, you’ve been putting in some time at the gym. But even if you’re just hitting the links for a round of golf, you might wake up the next day to soreness in muscles you forgot you had.

In an article explaining why one shouldn’t sign up for a marathon without training (because apparently, this happens), running coach John Honerkamp says, “If your legs aren’t used to running, the marathon probably isn’t going to end well for you. The idea is to gradually beat up your muscles, joints, and ligaments in practice, so your body isn’t in shock on race day.”

While being fit in general is a good start, you’ll want to train the way you need to train for your specific activity. If you want to run a marathon, for example, it wouldn’t make much sense to train by practicing sprints.

Make sure your gear is safe

From yoga to armored combat sports (yes, that’s a real thing), the right equipment can make or break the experience, from both a safety angle as well as enjoyment or performance.

“But all that new gear is expensive!” you might cry. We get it–sports gear can be really expensive, especially when you’re just starting out. This is especially relevant for parents, whose kids may jump from sport to sport as they try things out. It makes sense to try out a sport or activity to see if you actually like it before plunking down tons of dough on expensive equipment that might get used twice.

That doesn’t mean that it’s a good idea to compromise your safety. Depending on the sport, look for other solutions–borrow a friend’s gear, rent equipment, or look for used gear.

One note about second-hand gear, however: be sure to know what’s safe in terms of your particular sport. Some types of gear should always be new, such as helmets or personal equipment like mouthguards.

Get the right equipment for your body

If you need a pair of shinguards for a soccer game, you’re probably okay to grab some off the shelf and go–some kind of equipment need not be custom-fitted to keep you safe and injury-free.

This isn’t the case when it comes to something like choosing the best running shoes. There’s a reason why there are hundreds (thousands?) of running shoes on the market–people have wildly different foot mechanics, body composition, and gait, which translates to wildly different needs. Not everybody will get hurt from wearing the wrong running shoes–but getting gear that supports your needs could greatly lower your chances of injury.

Warm-ups benefit you in the following ways:

A good warm-up might be 5-10 minutes of light activity that’s similar to the activity you’re going to do, such as walking before a run.

To stretch or not to stretch

This opens up one of the biggest issues regarding sports and injury. Should you stretch before a workout or activity? After? Before and after? What kind of stretching? Static or dynamic? Both? How long should you stretch? Bouncing or no bouncing? Does it even help?

Just about any expert that you ask may have a slightly different answer because, despite years of study, science hasn’t provided us with any clear-cut answers.

According to a recent article, most studies show that static stretching (a stretch that’s held for 10 seconds or more without moving) has little to no effect on the rate of injury, but it might reduce post-workout muscle soreness.

Some experts favor dynamic stretching instead, where movement is incorporated into stretching; for example, windmilling your arms would stretch the shoulders and arms as well as start to increase the heart rate.

Don’t let an injury take the fun out of sports and activities. Take an honest assessment of where you’re at and what kind of protective or supportive gear you need, and avoid riskier situations that make getting hurt more likely. Exercising these precautions can help keep you injury-free and help you stay in the game. 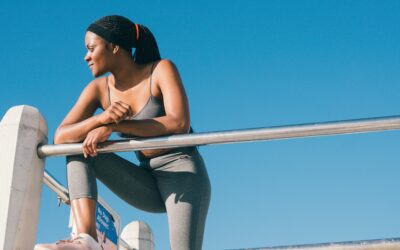 How do CBD Topicals Work?

If you’re an athlete, play sports, exercise, or even if you simply lifted something a little bit too heavy, you’ve probably experienced acute... 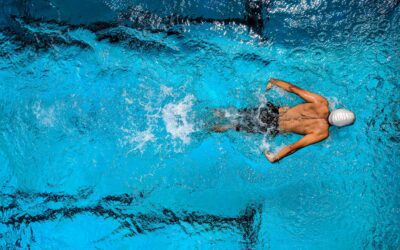 If you’re an active person who gets occasional aches and pains, you’ve probably relied on topical pain relief at some point. Maybe you’ve...